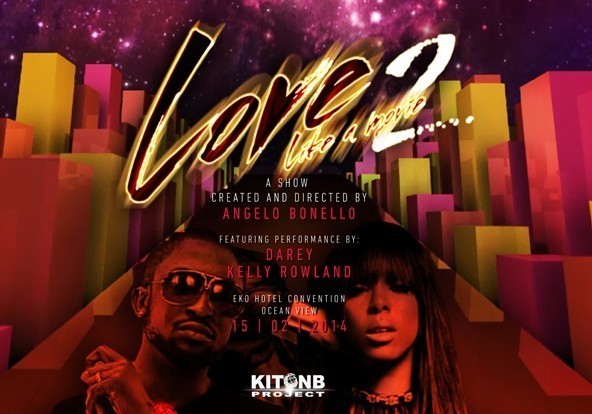 Love Like a Movie 2 is the 2nd edition of the Darey Art Alade.show-concert.

It’s the new chapter of the long lasting dialogue between the pop star Darey and Angelo Bonello. This year the super Guest Star Kelly Rowland joined this show event that gathers annually African and international Pop Stars on Lagos stage.

Set in a real three-dimensional machine, the concert is developed by integrating the music track with a mix of images, choreography, 3D projection mapping and lighting effects, offering the audience an ever seen show.

Acrobatic acts, on stage and aerial, strengthen the charm of the show, where dancers move on a stage designed as a giant multi-level light sculpture, built with buzzing cubes.

Once again, the artistic alliance between the protagonists and their staffs confirms its winning results They worked in full harmony to led the fusion of African and international culture.to the highest standards.