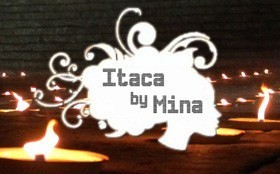 ITACA by MINA was the television show to launch Mina’s new single, ITACA

The show, transmitted live on the La7 channel on June 5, 2013, in the broadcast “Prima le Ragazze”, featured the world debut of the latest single by the singer, a symbol of Italian song, on the occasion of the Plan International Gala for long-distance adoption and the development of the child.

Set in the monumental scenery of classical architecture within the studios of Cinecitta, the show freely interprets the text of the song that, retelling the Ulysses myth, focuses on the relativity of time and the eternity of the idyllic moment. A sleeping girl on a magic sphere starts a mythical voyage in which magic winged figures accompany her to observe the descent of creatures from the sky, and then in a temple where she meets a Penelope who closes the show with a solo acrobatic performance.

Angelo Bonello was contacted to dramatise the event for children and so put the dream of a girl at the centre of his creation in a kaleidoscope of images and visual evocations that is his stylistic motif.